Team Germany successful at the All-European Holstein Championship in Libramont

Team Germany returned satisfied from the All-European Holstein Championship in Libramont, Belgium, with two 2nd, one 3rd and two 4th places as well as very successful young breeders. Successful were the two German young breeders Laura Köster and Sara Raff, who with their overall performance for Germany could take 2nd place out of 18 participating countries. They only were beaten by the Netherlands. In addition, Laura was able to achieve 2nd place in the overall junior classification after winning the reserve title in the showmanship competition and a 5th place in the clipping. In the senior class Sara Raff reached 5th place overall after a 1c ranking in the showmanship.

For Lady Gaga (owned by Henrik Wille and Friedrich Köster, Herbergen), the cow with the highest lifetime production in the competition, there was a very special moment. The organiser awarded her to the sounds of Shallow and a sea of lights from mobile phone lamps, causing a real goose bump moment. Afterwards, Lady Gaga even managed to defend her 1b ranking from Colmar 2016 as the oldest cow of the event in the last class.

Another 1b ranking was achieved with Loh TJ Alesjja, the winning cow of the Schau der Besten (owned by Lohmöller, Melbaum, Nosbisch and Blaise). With WFD Miss Diamond (Wiesenfeld, Kallas, Melbaum and Wille) awarded 1c and RZB Licorice (Uhrig) as well as WR Minnesota (Wiewer) - each placed 1d - the German team could convince with more top 5 placements.

Du Rahun Chelios Heline was victorious on this day in the category of black and white senior cows and later Grand Champion. She repeated her success from Colmar, but now competes for Switzerland.

Switzerland was again the most successful nation. The country took home all Red Holstein titles and most Holstein titles. Only in the Holstein Intermediate category they gave Italy and the excellent host Belgium a chance.

Please, visit the German version of this website for photos. The overall results of the event can be found on the official website of the European Championship in Libramont. 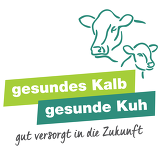